I had the honor and privilege of speaking at OSDFC yesterday, and wanted to provide something of a follow-up or review of how the conference went.  But first, I want to thank everyone involved in setting up and arranging the conference, as well as presenting and even just attending the conference, for making this event a real success.

This is the second time that Brian has had the conference, which is held in conjunction with a conference put on by his company, Basis Technology, for their government customers.  This year, Brian said that there were about 160 attendees, and from what I saw, we had folks from different parts of the DFIR community...private industry, public, LE, etc.  There were even international speakers and attendees.

The format of the conference was to have a series of talks in the morning, and then split off into two tracks after lunch.  After three presentations in each track, we went back to everyone meeting in one room for another presentation (from Cory Altheide), finishing up with several lightning talks.  This seemed to work very well, but having been to several conferences over the years, any presentation that's longer than 20-30 minutes and doesn't directly engage the audience is going to hit a bit of a slow-down right around the 30 minute mark.  At the end of the conference, Brian did ask some questions with respect to the format for the next year's conference, and I'll return to some thoughts on that at the end of the post.

Rather than going over each presentation that I attended individually, I want to say that they were all excellent, and I want to thank everyone...presenters as well as the organizers...for the time and effort they put into this conference.  Also, one of the things that really make these conferences a success and is often overlooked is the people within the community who, while not presenting, come to attend the conference.  Being able to interact with your peers in the community, engage and exchange ideas (or even just some jokes) is one of the biggest benefits of events like this...so a huge thanks to everyone who drove or flew in to attend the conference!

During the conference, there were a number of presentations that mentioned JSON, from Jon Stewart discussing scripting with the TSK tools, all the way through to Cory's "Making it Rain" presentation, where he talked about browser artifacts (and we all sang "Happy Birthday" to his daughter!).  So, for what it's worth, this is likely going to be part of a LOT of examinations.

As I attended various presentations, it occurred to me that the common theme of the presentations seemed to be, "I had a problem and here's how I solved it with open source tools".  Now, this isn't specifically about using an open source tool that is already available, although there were a number of presentations that did just this (Cory Altheide of Google, and Elizabeth Schweinsberg, soon to be of Google).  There were other presentations (my own, etc.) that discussed creating something open source to solve a problem.  Like Brian said, last year's conference was a "call for frameworks", and this year's conference was an answer to that call, as a number of frameworks were described.

Now, conference format.  While I have an academic background (I earned my MSEE from NPS), I'm more of a practitioner or engineer.  There seem to be two types of folks who are drawn to conferences like this...practitioners and academics.  Now, I'm not presenting this as a division within the community, because...well...I don't see it that way.  To be honest, we need both within the community.  At the conference, we had presentations from academics who were looking at solving some pretty big problems, and I was very thankful to see them taking this on.  I really think that there is a lot of benefit in doing so.  However, when it comes to how the presentation is viewed, practitioners and academics look at things differently.  Academics ask questions about testing corpus, parallelization, and will the application scale from 4 to 64 processors.  Practitioners ask, how soon can I get this application, and will it run on the system(s) that I have in my lab? 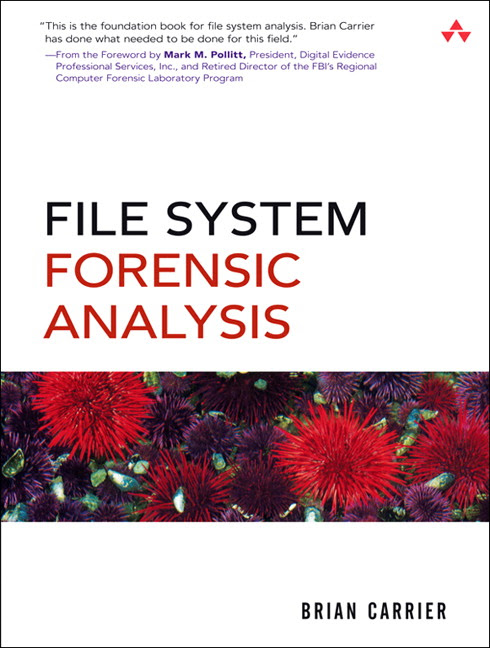 So...Brian took a vote at the end of the conference, asking the attendees what they thought about the format for next year.  I have to say that given who attends this type of conference, it would probably be best to keep the two-track format...have a developer's track, where developers and academics can discuss developer stuff.  Keep the practitioner's track, but you don't have to keep it separate...there may be very good reason to have a developer present in both tracks, including giving a more practitioner-oriented presentation to the guys and gals in the trenches.  I think that it's important that we all come together at an event like this, even if we don't all mix all the time.

So, I'm going to throw my hat into the ring for two tracks and shorter, more narrowly-focused presentations.  I think that the shorter presentations will allow for more of them, and focusing them a bit more probably wouldn't be all that hard.

Something else that I think would be hugely beneficial is something like Cory's presentation from the first conference, where he just ran through a list of open source tools and projects, and how they were useful.  There are sights out there to maintain information like this, but they don't seem to be regularly maintained to any significant degree.  For example, there's Open Source Forensics, as well as ForensicsWiki, but as a community, I think we need to come together and come up with a way to bring all of this information together.  That aside, however, while various open source projects were discussed, there are a number of others out there that would be beneficial to many examiners, if they knew about them.  Now, this doesn't have to be a presentation, as it can be a web page or entries at one of the sites above...but I think what really gets folks over the hump regarding using this stuff is recommendations from others.

Another benefit of this conference that I hadn't realized is the reach of open source tools.  Within the US, we have various institutions, ranging from large private, academic and governmental organizations, to local community colleges and law enforcement shops.  We can all benefit from open source projects, but the smaller organizations are limited in background knowledge, training, etc.  Joshua James opened my eyes to the fact that this is an international issue...that LE in Ireland is limited by funds, as are LE in Africa.  Joshua mentioned a department in Africa that has 4 staff members and a total of 2000 Euro available annually for training, hardware, etc.  This opened me up to the need not only for open source tools that meet the needs of these departments, but to the need for free, easily available training for knowledge transfer as well as how to use the tools and really get the most out of them.

Stuff
Simson's bulk-extractor
Cory's write-up and insights on OSDFC
Posted by H. Carvey at 7:00 AM

Email ThisBlogThis!Share to TwitterShare to FacebookShare to Pinterest
Labels: OSDFC

Great writeup of the conference - I'm hoping that they will release the presentations as slides for those of us who weren't able to make it.

You raise a good point about having a centralised site for forensics professionals to share knowledge. One that has been coming up recently is Forensic Focus http://www.forensicfocus.com/ which is gathering popularity and has a very busy forum.

My slides are posted already, but yeah, you're right...I was looking for something from Cory's presentation the other day so I hope that they post the presentations soon.

FF has been around for a while, and isn't as active as some other forums. Also, a lot of folks stay away from it due to the proliferation of members that they don't know...which I think is an issue. Some of the folks I've talked to, particularly in LE, want some place to go to _get_ credible information, but do so in an anonymous manner. I think that many of the requirements I've heard from some are simply contradictory.