I had an idea recently...there are a lot of really fascinating stories from the infosec industry that aren't being shared or documented in any way.  Most folks may not think of it this way, but these stories are sort of our "corporate history", they're what led to us being who and where we are today.

Some of my fondest memories from the military were sitting around with other folks, telling "war stories".  Whether it was at a bar after a long day (or week), or we were just sitting around a fire while we were still out in the field, it was a great way to bond and share a sort of "corporate history".  Even today, when I run into someone I knew "back in the day", the conversation invariably turns to one of us saying, "hey, do you remember when...?"  I see a lot of value in sharing this sort of thing within our community, as well.

While I was still on active duty, I applied for and was assigned to the graduate program at the Naval Postgraduate School.  I showed up in June, 1994, and spent most of my time in Spanagel Hall (bldg 17 on this map).  At the time, I had no idea that every day (for about a month), I was walking by Gary Kildall's office.  It was several years later that I was reading a book on some of the "history" behind MS/DOS and Silicon Valley that I read about Digital Research, and made the connection.  I've always found that kind thing fascinating...getting an inside view of things from the people who were there (or, in Gary's case, allegedly not there...), attending the meetings, etc.  Maybe that's why I find the "Live To Tell" show on the History Channel so fascinating.

As a bit of a side note, after taking a class where I learned about "Hamming distance" while I was at NPS, I took a class from Richard Hamming.  That's like reading Marvel Comics and then talking to Stan Lee about developing Marvel Comics characters.

So, my idea is to share experiences I've had within the industry since I started doing this sort (infosec consulting) of work, in hopes that others will do the same.  My intention here is not to embarrass anyone, nor to be negative...rather, to just present humorous things that I've seen or experienced, as a kind of "behind the scenes" sort of thing.  I'm not sure at this point if I'm going to make these posts their own separate standalone posts, or include shorter stories along with other posts...I'll start by doing both and see what works.

War Dialing
One of the first civilian jobs I had after leaving active duty was with SAIC.  I was working with a small team...myself, a retired Viet Nam-era Army Colonel, and two other analysts...that was trying to establish itself in performing assessment services.  If anyone's ever worked for a company like this, they were often described as "400 companies all competing with each other for the same work", and in our case, that was true.  We would sometimes loose work to another group within the company, and then be asked to assist them as their staffing requirements for the work grew. 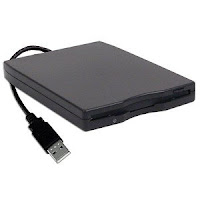 This was back in 1998, when laptops generally came with a modem and a PCMCIA expansion slot, and your network interface card came in a small hard plastic case.  Also, most of the laptops had 3.5 disk drives built in still, although some came with an external unit that you connected to a port.

One particular engagement I was assigned to was to perform "war dialing" against a client located in one of the WTC towers.  So, we flew to New York, went to the main office and had our introductory meeting.  During the meeting, we went over our "concept of operations" (i.e., what we were planning to do) again, and again requested a separate area from where we could work, preferably something out of view of the employees, and away from the traffic patterns of the office (such as a conference room).  As is often the case, this wasn't something that had been set up for us ahead of time, so two of us ended up piling into an empty cubicle in the cube-farm..not ideal, but it would work for us.

At the time, the tools of choice for this work were Tone Loc and THC Scan.  I don't remember which one we were using at the time, but we kicked off our scan using a range of phone numbers, but without randomizing the list.  As such, two of us were hunkered down in this cubicle, with normal office traffic going on all around us.  We had turned the speakers on the laptop we were using (being in a cubicle rather than a conference room meant we only had access to one phone line...), and leaned in really close so we could hear what was going on over the modem.  It was a game for us to listen to what was going on and try to guess if the system on the other end was a fax machine, someone's desk phone or something else, assuming it picked up.

So, yeah...this was the early version of scanning for vulnerabilities.  This was only a few years after ISS had been formed, and the Internet Scanner product wasn't yet well known, nor heavily used.  While a scan was going on, there really wasn't a great deal to do, beyond monitoring the scan for problems, particularly something that might happen that we needed to tell the boss about; better that he hear it from us first, rather than from the client.

As we're listening to the modem, every now and then we know that we hit a desk phone (rather than a modem in a computer) because the phone would pick up and you'd hear someone saying "hello...hello..." on the other end.  After a while, we heard echos...the sequence of numbers being dialed was in an order that we could hear the person speaking via the laptop speakers, as well as above the din of the office noise.  We knew that the numbers were getting closer, so we threw jackets over the laptop in an attempt to muffle the noise...we were concerned that the person who picked up the phone in the cubicles on either side of us would hear themselves.

Because of the lack of space and phone lines available for the work, it took us another day to finish up the scan.  After we finished, we had a check-out meeting with our client point of contact, who shared a funny story about our scan with us.  It seems that there was a corporate policy to report unusual events; there posters all over the office, and apparently training for employees, telling them what an "unusual event" might look like, to whom to report it, etc.  So, after about a day and a half of the "war dialing", only one call had come in.  Our scan had apparently dialed two sequential numbers that terminated in the mainframe room, and the one person in the room felt that having to get up to answer one phone, then walk across the room to answer the other (both calls of which hung up) constituted an "unusual event"...that's how it was reported to the security staff.

About two years later, when I was working at another company, we used ISS's Internet Scanner, run from within the infrastructure, to perform vulnerability assessments.  This tool would tell us if the computer scanned had modems installed.  No more "war dialing" entire phone lists for me...it was deemed too disruptive or intrusive to the environment.
Posted by H. Carvey at 12:43 PM